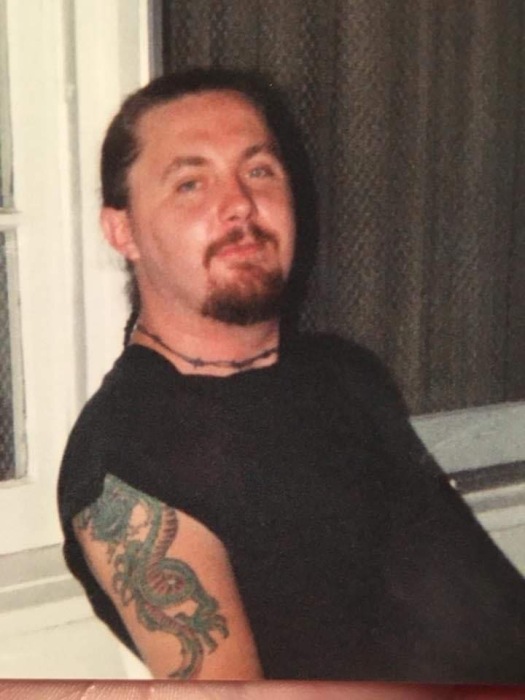 Dorsey Stanley Thomas Jr. of Northlake, IL passed away on May 27th, 2022 at home surrounded by his loved ones. He was born in Campton, KY on July 24th, 1970. The son of Dorsey and Stella Thomas. He was one of seven children. He grew up in Maywood and lived his adult life in Northlake, IL.
Jr. was passionate about reptile breeding, primarily snakes. He had many friends in the breeding community, he enjoyed trips to reptile shows and exotic pet stores. Jr. had a collection of musical instruments but most importantly his beloved guitars. He spent countless hours in the music studio doing what he loved, making music.

Jr. also enjoyed watching horror movies, hitting the gun range, jamming at the studio, creating music and poetry, and spending time with his family and friends, while finding new and exciting ways to land himself in Facebook jail. Jr. would have the whole room in tears complaining of stomach aches because of his quick wit and effortless humor.
Jr. was a patriot at heart with a sensitive yet dominant soul.  Most would refer to him as a gentle giant that would go to bat for anyone he loved.
Above all Jr was a fighter and fought cancer with everything he had.

Jr. was preceded in death by; his mother Stella Mae Thomas and his brother George Derusha.

He is survived by his father Dorsey Stanley Thomas Sr. of Beattyville Kentucky, three sisters and two brothers, and a son. Sisters: Donna Combs of Mount Sterling Kentucky,  Brenda Johnson of Melrose Park Illinois, and Shelly Thomas of Northlake Illinois, Brothers: Kenneth "Rusty" Derusha of Mount Sterling Kentucky and Paul "Buddy" Derusha of Northlake Illinois, as well as his lifelong friend Bob Hoffman. Son Sean Morrison. Further survived by nieces and nephews and many friends.
We would like to thank Dr. Anthony J Martino whose compassionate care was incredibly appreciated by Jr. and his family during his battle.

To order memorial trees or send flowers to the family in memory of Dorsey Thomas, Jr., please visit our flower store.