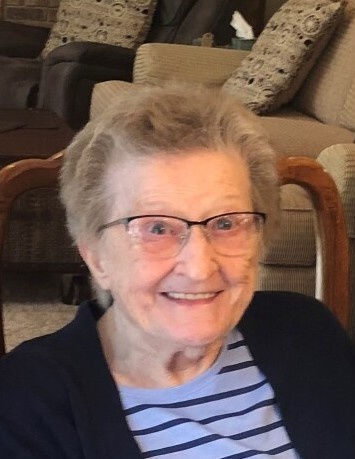 Joan enjoyed reading, knitting, crocheting and spending time with her family who were her most prized possessions.

She loved to travel, has been in most of the 50 States, seeing each of the Hawaiian Islands.  Her primary reason for travel was to visit family who are throughout the USA.

She had a full passport, traveling to many different countries.  Cruised the Caribbean, visited family in Ireland, saw England and its history, along with 1st class to Australia.

She never missed a family party as her family was her JOY.  She loved taking pictures, which are now cherished memories.

Joan was born in Montfort, Wisconsin, grew up in Franklin Park, graduated from East Leyden High School in 1952 and was a lifelong member of The First United Methodist Church of Franklin Park. There, she was involved in many church activities and volunteered in the church office.

Joan was the loving wife of the late Donald E. Clark whom she met working at Motorola. They were married in 1953 and celebrated 65 years together.  They had 5 children together.

Fond sister, aunt and friend to many.

Memorials can be sent to Lurie Children's Hospital.

To order memorial trees or send flowers to the family in memory of Alice Clark, please visit our flower store.