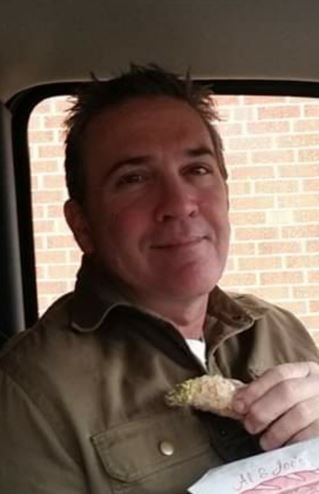 Anthony "Tony" Paul Gumino, 58, passed away Tuesday, July 26, 2022, following a courageous battle with multiple myeloma.
Tony was born to Casimir and Maria (Cervi) Gumino on August 2, 1963.
He was raised in Franklin Park, Illinois, with his two brothers, Mario and Joseph.
He graduated from East Leyden High School in 1981.
Tony spent most of his life in Illinois but the past 6 years he lived in Iowa.
He served on the Grayslake Fire Department for 13 years.
He was a proud Italian American and a true Chicagoan that loved his Italian beef and cannoli's.

Tony's greatest joy came from his four children and three grandchildren.
He was extremely proud of them and their accomplishments.
He will be fondly remembered for his carpentry skills; he was gifted with the ability to build anything he set his mind too.
Tony had an incredibly strong work ethic which he passed on to his kids.
He will be remembered for the love he had for his truck, being a jokester, and his strong stubborn nature.
Tony was tough as nails.

Tony is survived by his loving mother, Maria Gumino (Cervi); his brother, Joseph (Kimberly) Gumino; two sons, and two daughters; A.J. (Jessica) Gumino, Nicole (Juan) Esquivel, Kimmie Gumino, and Frankie Gumino; and his three grandchildren, Ames and Maelea Gumino, and Natalie Esquivel; and many other loved nephews, nieces, and family members. Tony is preceded in death by his father, Casimir Gumino; and his brother, Mario Gumino.

A memorial service will be held on Saturday, August 13th at Sax-Tiedemann Funeral Home in Franklin Park, IL. Family will greet visitors from 10 am to 11 am. Service will begin at 11:00 am.

To order memorial trees or send flowers to the family in memory of Anthony 'Tony' Gumino, please visit our flower store.

A memorial service will be held on Saturday, August 13th at Sax-Tiedemann Funeral Home, 9568 Belmont Ave., Franklin Park, IL. Family will greet visitors from 10 am to 11 am. Service will begin at 11:00 am.