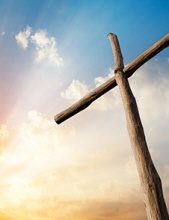 Rev. Arthur R. Stratemeyer Age 91. He was born in Cincinnati, Ohio. Died Sept.29th. Preceded in death by his parents, Arthur and Lillian nee Scheidel Stratemeyer, his sisters W. Jean (Bill Carroll), Lois Ann (Harvey Mook). Survived by his wife Alice J. Stratemeyer; Children Carol, Mark (Anne), David and Melinda and five grandchildren; Nickolas, Alex, Lydia, Glennis & Paige.
He was drafted in November 1943 and spent 2 years serving aboard the Aircraft Carrier the USS Intrepid. It was the most hit ship in the Pacific.
Graduated from Olivet College and Eden Theological Seminary with a masters degree.
He served churches in Overland, MO, Tipton, IA, Collinsville, IL, Franklin Park, IL; where he was given the honor of Pastor Emeritus, and Manhattan, IL
He developed the Chicago area Retired clergy and spouse Group for which he did the programing for 18 years. He was an annuitant visitor for 17 years. His greatest joy was working in his huge vegetable garden.
A memorial service wil be held on Sunday, October 23rd at 2:00 pm at the Plainfield Congregational United Church of Christ. Route 59 and Fraser Road.

To order memorial trees or send flowers to the family in memory of Arthur Stratemeyer, please visit our flower store.