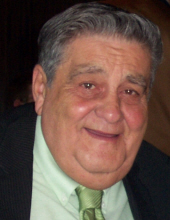 He was born on January 13, 1936 in Chicago, IL. He is preceded in death by his parents Francis E. Fulmer and Caroline M. Fulmer (nee DeTrana), and brothers Richard, Francis, Mort and sister Carol Pupillo. He is survived by his loving wife and best friend, Maxine, as well as daughter Natalie Lofgren, and sons Nick (Cathy) and Donald P. (Mary). He was adored by his grandchildren Kristen, Gregory, Quinn, and Elise. He was Uncle Donnie to many beloved nieces and nephews.

Don was the key organizer of train equipment for the annual Railroad Daze festival held in Franklin Park, a job that reflected his lifelong experience and interest in the railroad. A former Indiana Harbor Belt worker, he was an entrepreneur at heart and started up his own trucking company, Fulmer Trucking, which ran successfully until the early '90s. The lure of the rails again beckoned, but on a smaller scale. Don, along with his family, opened End of Track Hobbies in Franklin Park. The hobby store was in business for 17 years and housed an impressive N-scale model railroad layout in the basement. Never one to stand idle, Don closed out his career at A.A. Conte & Son.

Don was a member of the Loyal Order of Moose and was a die-hard Cubs fan who organized several junkets to watch his beloved team compete in stadiums throughout the major leagues. He traveled around the country by car and rail with a wanderlust that was almost unquenchable. He loved watching old-time Hollywood films on TCM and later in life became an avid backyard birdwatcher.