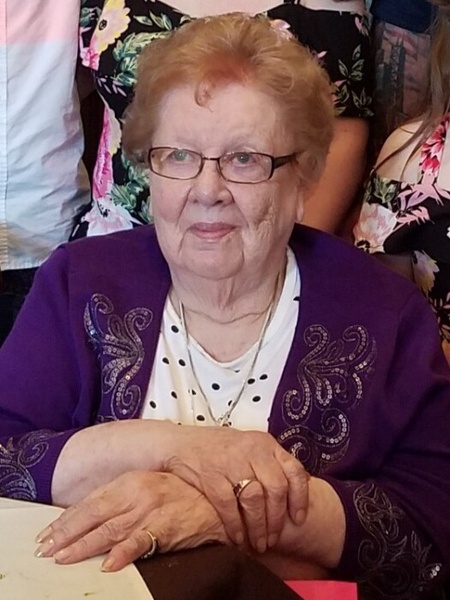 Dorothy Rose Barnas passed away peacefully at home, where she wanted to be.
Dorothy was born in Chicago to George and Margaret Petrick on June 6, 1927.
On September 29, 1951, she married Stanley Barnas.
Dorothy was a Navy wife and lived near or on base in Alaska, a place she fondly remembered and talked about often.
She eventually settled in Norridge, Illinois.

Dorothy was preceded in death by her parents, George and Margaret Petrick, and her loving husband, Stanley Barnas ~ may they be dancing together in heaven.
She was also preceded in death by three brothers Martin, George, and Daniel, niece Lynn Ann Walsky, and nephew Phile Petrick.

Dorothy was a long time employee as a Secretary to the President and Vice President of Parkway Bank. She has a passion for dogs throughout her life. She loved shopping QVC Home Shopping Network ~ her moto was "One to show, one to go, and one just in case". She always gave to church and charities she believed in, two of her favorite being PAWS and Wounded Warrior, but she had many more she contributed to.

Dorothy was an angel to all who know her and she finally got her wings.

After a private visitation and prayer service, Dorothy will be laid to rest at Queen of Heaven Cemetery in Hillside, Illinois.


To order memorial trees or send flowers to the family in memory of Dorothy Barnas, please visit our flower store.