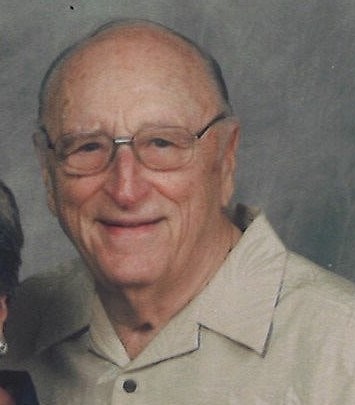 On Monday morning, May 18th, 2020, George Florian Hoss passed away peacefully at home of natural causes at the age of 89. George was born on June 28, 1930 in Chicago, IL to Florian and Irene Hoss. On July 10, 1954, he married Geraldine Lewinski and in 1961 became a life-long resident of Franklin Park where together they raised their family of four children.

After proudly serving his country in the Korean War, he attended trade school at the Armour Institute in Chicago and began his life-long career as a Model Maker for Teletype Corporation (a.k.a. Lucent Technologies). He was a proud community member of the Schiller Park American Legion and VFW Post 2149 where he served as the Post Commander from 1996-1997. During retirement he enjoyed spending holidays and free time with his family, watching his favorite Green Bay Packers and countless chartered bus tours exploring this great country with his loving wife and his many senior friends.

To order memorial trees or send flowers to the family in memory of George Hoss, please visit our flower store.