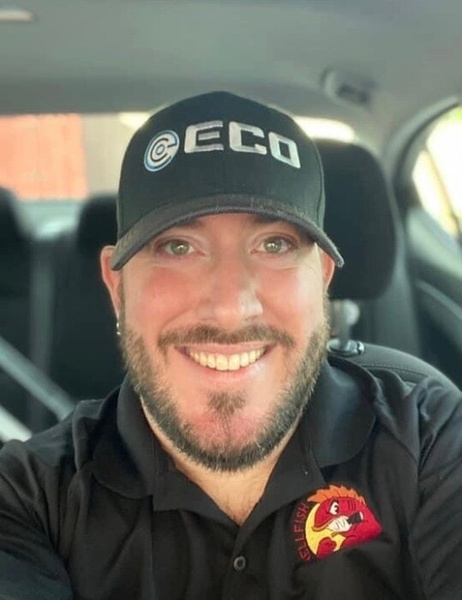 Glen was born on January 3, 1979, in Royal Oak, MI, to Jack and Teena Beason (nee Forsythe).
He attended Lockport High School and received a Bachelor of Arts in Visual Communications from NIU, where he was a member of Sigma Alpha Mu.
In 2008, Glen achieved one of his life goals to become a dad when Grant Michael (12) was born.
Then in 2013, his love doubled when Lily Beth (7) was born.
When asked, "What do you want to achieve in life," Glen's immediate and heartfelt response has been "to be a great dad."

Glen is known by some as the "World's Okay-est Goalie" and to all as "World's Greatest Dad to Grant and Lily."
He had a passion for fishing, watching horror movies (and some Christmas movies, like Die Hard), sketching and designing, getting Japanese-style tattoos, being everyone's favorite IT guy, watching the Chicago Blackhawks, playing hockey, being quarantined with his girlfriend Jen during COVID, and, above all else, being an active dad.
Glen was known for his quick wit ("Have you tried turning it off and back on again?"), contagious laugh, and generosity toward others.
He had a compassionate, gentle soul and would give anyone the superhero t-shirt off his back.
Some of his happiest memories were made at the ice rink, local ice cream shop, disc golf course, in nature, and at home with his family.
Glen prioritized spending his time and energy with the people he loved, which he learned while spending time fishing with his Grandad, Mendel Forsythe.
He will be extremely missed by all.

Glen was preceded in death by his father, Jack, and his mother, Teena.
He is survived by his two children, Grant and Lily; partner, Jen Chaplin; co-parent, Laura Beason; and sister, Ellyn Honey.

In lieu of flowers, please direct gifts toward Grant and Lily's future: https://gofund.me/b46444d8

To order memorial trees or send flowers to the family in memory of Glen Beason, please visit our flower store.