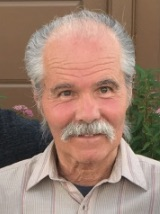 He was born on August 24, 1949, in Chicago, Illinois, the son of Enoch Arden and Irene (Flaga) Van Patten, who were originally from Antioch, Illinois.
Glenn was a 1967 graduate of East Leyden High School in Franklin Park, Illinois.

Glenn enlisted in the United States Army on August 25, 1967, one day after his 18th birthday, and served 3 years which included 2 years in the Vietnam War.
He was a proud US Army Veteran.

He is also survived by his brother Wayne (Jill) and sister Arlene (Craig) Pohlman and nephews Wayne Jr., Jeff, and Michael.

He was preceded in death by his parents, E. Arden and Irene (Flaga) Van Patten.

A private military memorial service will be held in 2021 at Abraham Lincoln National Cemetery in Elwood, Illinois.

In lieu of flowers, please consider volunteering or making an honorary donation in Glenn's name to the Disabled American Veterans at www.dav.org or by calling the Veteran's Affairs Chicago Regional Office at (312) 980-4242.

To order memorial trees or send flowers to the family in memory of Glenn Van Patten, please visit our flower store.