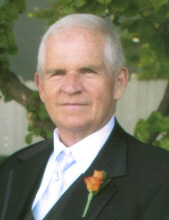 James P. Moriarty Jr.
Age 75, of Schiller Park, Illinois, passed awayJune 20, 2018 while on vacation with his family in Lancaster, PA.
Mr. Moriarty was born in Chicago, Il on November 24, 1942.
He was preceeded in death by is parents, James P. Moriarty, Sr., and Margaret Franzen, and his sister Kathleen Pruiett.

Mr. Moriarty served in the united States Army before attending college. He was a proud Northern Illinois University Huskie, where he received both a bachelor's degree and a master's degree in education. He went on to teach in Chicago Public Schools for 42 years before retiring. He continued as a substitute teacher for another seven years. He was a teacher in numerous Chicago Public Schools including DuSable High School, Tilden Tech, Whitney young, Westinghouse Career Academy, and Foreman College and Career Academy. In addition to teaching, he was a passionate coach. He devoted his time to coaching both boys and girls track, cross country, and swimming. His dedication to his students was obvious, you could often find Coach Moriarty purchasing breakfast for his athletes, as well as running shoes, with money from his own pocket. It was important to him that his students were able to compete against other track teams with the proper equipment, The thrust of his efforts was to have athletes further their education beyond high school through the hope of athletic scholarships. He coached one track member to qualify for the US Olympic alternate team and another to a world record; a record that was only recently broken after 34 years. Coach Moriarty was extremely proud of these students' accomplishments, along with countless others.

In lieu of flowers, donations can be made to the National Stroke Association http://www.stroke.org.