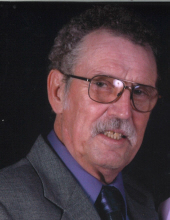 John has been in Fire Protection since he was 12 years old. He was a Fireman for Franklin Park in the -1960's. He worked for his family owned fire protection business until 1976 when the business was sold. John was a successful business man. He has owned Fire Equipment Company since 1983.

John has dabbled in many ventures. He wanted to be a Hockey Player and practiced with the Blackhawks as well as teaching Bobby Hull's boys how to skate. He was a Five Degree Black Belt Master in Taekwondo, owned and trained harness racehorses and was a successful Trapshooting Champoinship winner in Wisconsin.

John has been married for 8+ years but, has known his wife, Loretta for approximately 30 years. John is leaving behind three daughters, Kylie and her husband Rob Richter and their children, Michael, Kasen and Rylen, Teri and Brent Vignola and their daughter Grace (Teri is pregnant with her second child), and daughter, Jackie Wade. Step children, Tracy Hilgenberg, Will (Danielle) Nelson, Jennifer Nelson. Step grandchildren, Alex and Ashley Hilgenberg, Megan, Will, Sarah and Ava Nelson, Mason, Addison, Jaiden, and Livien Schroeder.

John loved life and always loved telling a joke. Once you met John, you would always remember him for his humor.