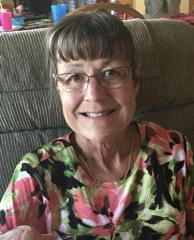 Kathryn Ann Blankenhorn, 62, passed away peacefully on October 25, 2020 surrounded by her children and loved ones.  Kathy was born on February 7, 1958 in Danville, Illinois to Dr. George and Marianne (Robbins) Shaffer.

Kathy grew up in Franklin Park, Illinois and was a 1976 graduate of East Leyden High School, where she was a swimmer and competed in the first Illinois Girls State Swim Meet.  She received her Bachelor’s degree in Elementary Education from Illinois State University, and her Master’s degree in Instructional Technology from Western Illinois University.  Kathy taught Title I in the PORTA school district until her retirement in 2016 and she began the PORTA swim team, which she coached for 23 years.  She also began the summer Dolphin swim program in Petersburg, introducing hundreds of young swimmers to the sport.  She loved spending time with her children and grandchildren, going on girl’s trips with her high school friends, and coaching.  She touched the lives of all she met.

Kathy is preceded in death by her parents, Dr. George and Marianne Shaffer.  She is survived by her son Christopher Blankenhorn and his wife, Jenny Sawyer, of Springfield, Illinois; her daughter Stephanie and her husband, Tyler Well of McHenry, Illinois; granddaughters Addison Well and Sawyer Well; grandsons Grady Well and Gavin Greer; and one brother Allen Shaffer, of Romeoville, Illinois.

A memorial service will be held at a later date, due to COVID restrictions.  Memorials may be made to the PORTA Foundation in memory of Kathy Blankenhorn via PORTA Foundation, P.O. Box 470, Petersburg IL 62675.

To order memorial trees or send flowers to the family in memory of Kathryn Blankenhorn, please visit our flower store.