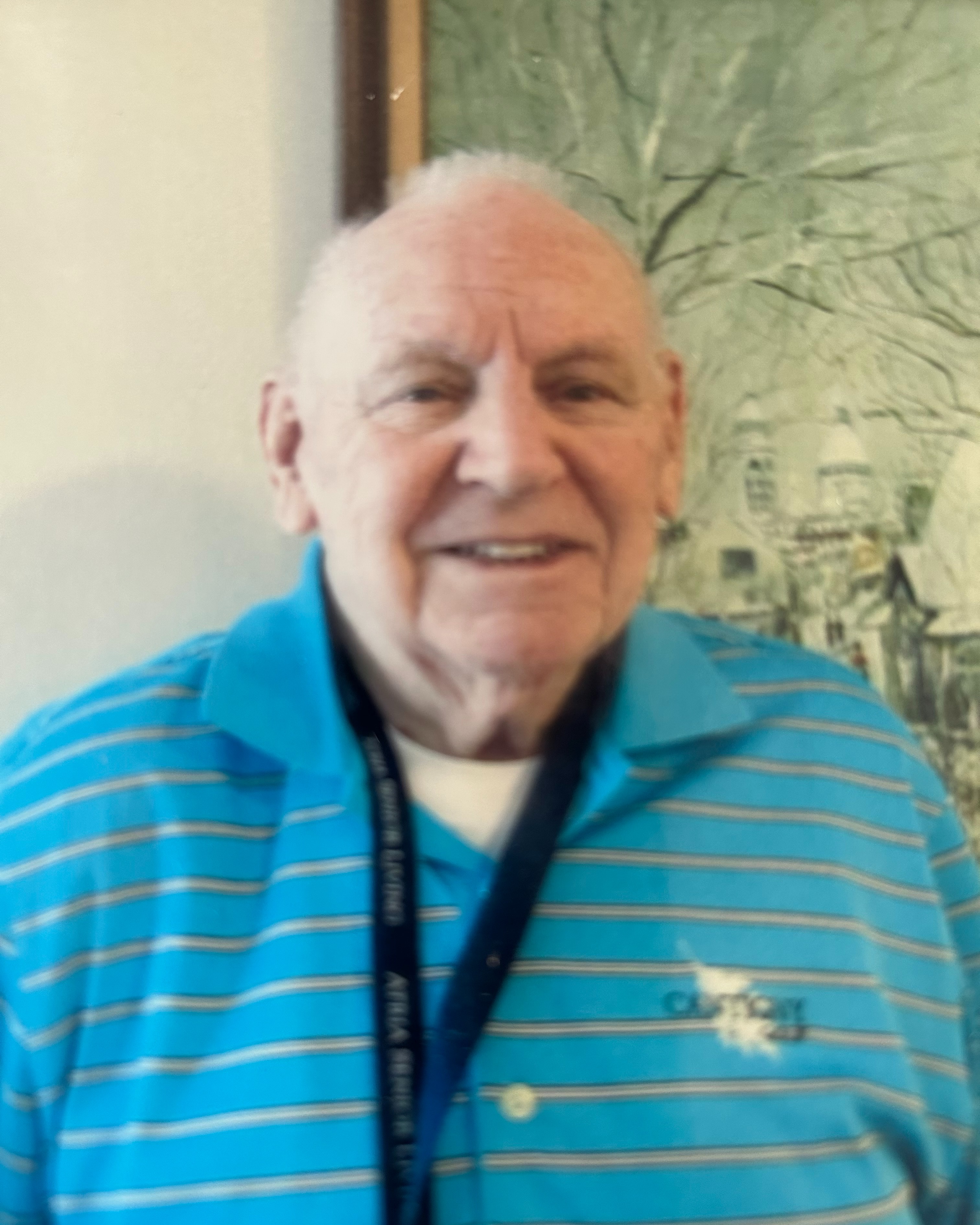 Melvin G. Hamm passed away on November 17th, at the age of 94.
Preceded in death by his first wife Anne, second wife Marianna and sister Beulah, he leaves behind his loving children, daughter Diane (Steve) and sons Brian (Lynne) and Keenan (Dawn), brothers Kenneth and Glenn, 5 grandchildren, 5 great-grandchildren and a host of cherished nephews and nieces.
Mel was born in Chicago and lived his life in the Chicago area, graduated from Kelvyn Park High School and served for our country in the Army in Germany during the Korean War. He received his business degree from Wright Junior College and Northwestern University. He met his first wife Anne at a dance at the Aragon Ballroom, marrying her in 1959 and loving her faithfully for 43 years until her death in 2002.
He was a member of many Masonic lodges over the years and served as the president of the River Grove Seniors Club for a number of years prior to moving to Atria Park of Glen Ellyn where he enjoyed the last 5 years of his life.
Mel loved his family, enjoying nothing more than being with them and supporting their many escapades and adventures. He will be truly missed as a loving father, grandfather, brother and friend by all that he leaves behind.
Visitation Tuesday November 22nd at Sax-Tiedemann Funeral Home 9568 Belmont Ave. Franklin Park from 3:00 to 9:00 p.m..
Funeral Servive Wednesday November 23rd 10:00 a.m. at Sax-Tiedemann Funeral Home. Entombment Acacia Park Cemetery.
To order memorial trees or send flowers to the family in memory of Melvin Glen Hamm, please visit our flower store.