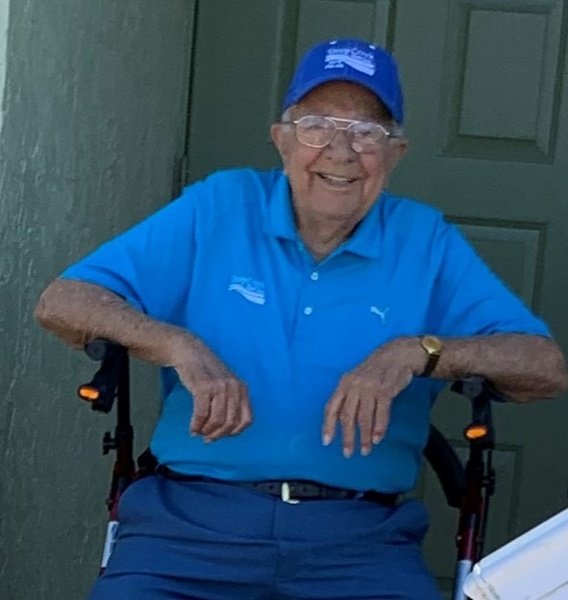 Michael J. Dantino, age 95, passed away peacefully on August 9, 2022.  He was born in Chicago, on February 17, 1927, to Ralph and Elvira Dantino.  He was the brother of the late Leonard late (Helen) Dantino and brother-in-law of the late Joseph late (Joan) Nasca. He married the love of his life Serafina Nasca for 57 years until she passed away in 2008.  He was blessed with three children Michael (Cathy), the late Ralph (Nancy) and Lisa (the late Raymond).  His children continued the legacy with grandchildren Thomas (Marianna) and Sara Sheridan, Michael, Nikolos, Russell, Lindsey and Drew (Jaime) Dantino and the grandchildren continued the legacy with great grandchildren Nicolette, Gabriella, and Salvatore Sheridan, Michael (MJ) and Selena Dantino.

Mike lived in Franklin Park, IL for many years before moving to Punta Gorda, FL for retirement.  He was a veteran of the Army during World War II serving in Europe.   He worked for many years at TRW Cinch.

He was a friend to all he met and was famous for the informal gatherings each weekday morning at McDonald’s for camaraderie and free coffee.  He was an avid golfer and continued to golf into his late 80’s and was the starter at Deep Creek Golf Club until a few years ago.

He liked to share a meal with family and friends and loved nothing more than to share a glass of wine while showing off his medals from the gravy.

Mike was a great man who lived a long and prosperous life to its fullest and will be missed by everyone who knew him.

To order memorial trees or send flowers to the family in memory of Michael J Dantino, please visit our flower store.