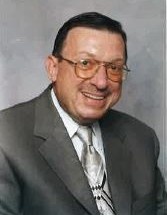 Michael served in the Army from 1965-1967 in Korea/Vietnam. He was discharged honorably.

He enjoyed bowling where he met his wife Marilyn. They were married for 30 years until she passed in 2004. He retired from Gottlieb Memorial Hospital as a housekeeper. He then volunteered for 16 years and 4,842 hours of service to our veterans through Hines VA Hospital.

Because he loved the Lord so much, he wanted everyone to know about how the Lord Jesus Christ died, was buried, and rose again for their sins. He served as an usher and attended Bible studies and weekly services faithfully. He was a shining example of a servant.

His kind smile and his uplifting word will be missed greatly.

To order memorial trees or send flowers to the family in memory of Michael Gorny, please visit our flower store.