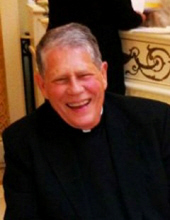 Following a year at Iowa State on a Post Doctoral Fellowship in Nuclear Chemistry, Msgr. Lang entered Mt. St. Bernard Seminary in Dubuque, IA, in 1961. During his seminary years he earned the M.A. in Theology from Aquinas Institute in Dubuque. He was ordained a priest for the Archdiocese of Dubuque in 1965.

Msgr. Lang began his long association with Loras College in 1965 when he became an Assistant Professor in the Chemistry Department. In 1971 he earned his M.A. in Clinical Psychology from Loyola Chicago and added psychology to his teaching duties. He was named Loras Dean of Students in 1972, Vice President for Student Affairs in 1977, and Vice President for College Advancement for Loras College in 1985.

As an administrator at Loras, he initiated extensive development and improvements in student affairs, including career counseling, minority counseling, drug and alcohol abuse counseling, wellness programs, and residence life programs.

In 1986, Msgr. Lang was appointed president of Mount St. Clare College in Clinton, Iowa, a post he held until 1991.

At the time of his passing, Msgr. Lang served Loras College as a Development Officer and did pastoral work at many churches.

Monsignor Lang is survived by many loving relatives and dear friends whose lives he enriched with his guidance, warmth and wonderful love of life. He will be greatly missed by all who knew him.

In lieu of flowers, Mass intentions and other spiritual gifts would be most appreciated. Memorial donations can be made in Msgr. Lang's name to the Loras Fund. https://alumni.loras.edu/giving