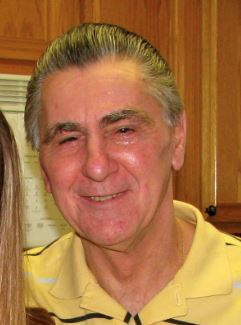 “He wore his heart on his sleeve and his attitude in his hair.”

Patrick John Nardulli was born on the eleventh of June in 1947 to parents, Orlando and Louise. A native of Franklin Park, he attended elementary school at St. Gertrude’s and high school at East Leyden. In his younger years, he spent his days as a mover/truck driver for the iconic Montgomery Wards and his evenings dancing the boogaloo in “joints around town.” It was there that Pat met his wife, Dianne, one fateful evening in 1968. His sly moves, charming sense of humor, and slick hair won her over, leading to 28 years of marriage and the birth of a loving family.
Thereafter, Pat spent much of his adult years as a Manager at Carson’s Ribs, where he created a new kind of family - one he still held near and dear to his heart. His propensity for creating long lasting, strong bonds left him with a boundless circle of people who cared for him deeply. His family and friends alike will remember him as a sports enthusiast, a Cubs superfan, a storyteller, a mover and a shaker, a confidant, and a jokester - capable of brightening even the most solemn of moments with a smile, a hug, and a punchline that his grade school nuns may not have necessarily approved of!
He is survived by his children, Lorri (Tim), PJ (Claudia), Dino (Becky), and Vicki (Eddie), as well as his grandchildren, Cooper, Tyler, Nicolette, Christopher, Dante, Andrew, Anthony, Alex, Destiny (Michael), and Jason (Shannon), his great grandchildren Tess and Max, his siblings, Mary (Matt) and Frank (Sheryl), and his beloved in-laws, Roe (Vito), Danny (Genny), Mike, and Bobby. Pat, fortunate to find love again in this life, is also survived by his long-time companion, Kathy, and her children, Bryan (Kathleen) and Jared (Lisa), and grandchildren, Benjamin, Alayna, and Anthony.

In lieu of flowers, donations to ALS Foundation would be greatly appreciated.

To order memorial trees or send flowers to the family in memory of Patrick Nardulli, please visit our flower store.