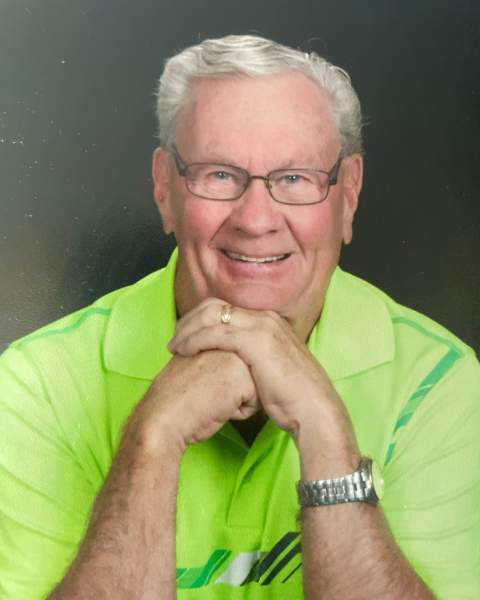 Raynel Herbert Hoyle passed away peacefully at Hospice of the Valley in Surprise, AZ, on Friday, August 26, 2022, at the age of 84.
He was preceded in death by his parents Raynel S. and Rose A. Hoyle, brother (Richard) and sister-in-law (Judy).
Ray was born in Chicago on June 9, 1938, but lived most of his early life in Norridge.
He joined the United States Air Force at age 17 and served 4 years mostly in Florida.
He met the love of his life, Betty Louise, in 1954 when he was 16 years old.

They married in 1957 and were very happily married for 64 years, one month shy of 65 years.
He will be greatly missed by his children, Susan L. White, Gregory R. (Kelly), and Kristine R. (Christopher) Scotella.
He enjoyed spending quality time with his 11 grandchildren and 13 great-grandchildren.
They lived the first 40 years in Schiller Park until they started "snow birding" to Arizona in 1997.
After the service Raynel started as truck mechanic, then on to Tool & Die, after which he found his calling the Fire Department.
He started as a volunteer with the Schiller Park Fire Department before becoming one of the first full-time firemen for Schiller Park from 1966 – 1973.
In 1973, he changed over to the Franklin Park Fire Department from which he retired as a Lieutenant in 1997, after 26 years with the department.
Some of the positions that he held in the department was paramedic, and head mechanic.
He enjoyed his job and the people he worked with and are still friends with them today.

Ray was a man of many interests but first and foremost was his LOVE for his family.
He enjoyed spending quality time with all of his children, grandchildren and great-grandchildren.
Whenever there was anything fun to do like zip-lining, white water rafting, tubing, or going underwater in with the old-time helmet, he was up for it! He even went to tea parties, "pinkies up Opa".
Anything that his kids or grandkids would ask he would usually do for them.
Every year he would go golfing for Father’s Day with his sons, grandsons, and even one great grandson.
He was able to accomplish something that his son has yet to do and that is get a hole in one, not only once but three times!
His love of family extended to the furry kinds, he has been a dog lover his entire life, enjoying the company of Raggs, Punkin, Kricket, and his final best furry friend Heidi.
He loved old cars and car shows.
Ray and Betty also enjoyed many years of traveling with family and friends.
As a young family we started out with a camper, after us kids left the nest, they started doing a lot of trips to Europe or cruises.
They did travel this great country from sea to shining sea.

In Lieu of flowers please send donations to either the

Hospice of the Valley, Suprize Az or The Sun City West Posse.

To order memorial trees or send flowers to the family in memory of Raynel Hoyle, please visit our flower store.