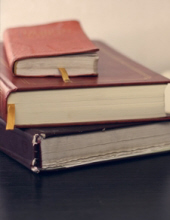 Raised in Chicago's Austin neighborhood, ​Richard ​
"Dick" Campbell was an Army Air Corps veteran and graduate of Antioch College and Northwestern University. He imparted his passion for literature and language to generations of students at New Trier High School, where he taught English. A resident of Winnetka and later Wilmette, in retirement he was a painter and an active member of the Wilmette Arts Guild. He and wife​ Rosamond worshipped at Unity on the North Shore. A memorial service will be held at The Mather, his home since 2012, at 425 Davis St., Evanston, IL 60201 on January 6, 2018 at 3:00 PM For more information call Sax-Tiedemann Funeral Home at (847) 678-1950.

In lieu of flowers, a memorial donation to your favorite charity would be appreciated, as would the proper use of the words ​lay and lie​ ​and, even more​,​
a love extended to others that acknowledges our common humanity, just as Dick strove to extend ​to
his fellow ​human​s​and all creatures great and small.​