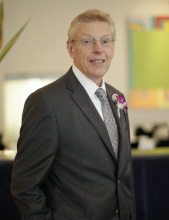 Walter proudly served in the United States Navy (1965-1967) and as an officer on the Franklin Park Police Department for 28 years.

A private Celebration of Walter's Life will be held at a later date.

In lieu of flowers, memorials in Walter's name to the Ann & Robert H. Lurie Children's Hospital of Chicago are appreciated.